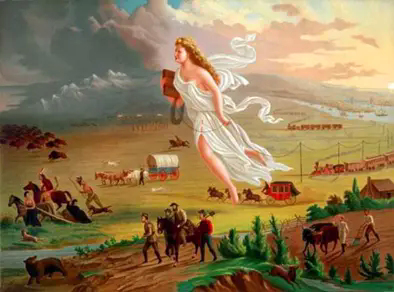 The land was stolen
Under cloak of destiny
-Justified by race

“The tribes of Indians inhabiting this country were fierce savages, whose occupations was war, and whose subsistence was drawn chiefly from the forest… That law which regulates, and ought to regulate in general, the relations between the conqueror and conquered was incapable of application to a people under such circumstances… Discovery gave an exclusive right to extinguish the Indian title of occupancy, either by purchase or by conquest.”

This site uses Akismet to reduce spam. Learn how your comment data is processed.